This is a timely report for Ofsted to be publishing. The related issues of knife crime, gang violence and child exploitation are rightly high on public and political agendas. The images of those recently killed with knives on the front pages of newspapers remind us all of the tragic cost of violence being paid by our children. Our first thought is of course with the victims’ families.

In a previous report, we highlighted the dangers of county lines drug operations, in which criminal and manipulative adults exploit children to travel from our major cities to all corners of the UK to distribute drugs, often leaving those children vulnerable to further physical and sexual abuse far from home. This is important context for this study.

This report looks specifically at school leaders’ experiences of knife crime in London, as well as the views of children and some parents of both victims and perpetrators. It makes recommendations for school and college leaders, local authorities, the police and other pan-London agencies about how to work better together to help keep children safe.

Use of exclusions
The most hotly contested issue when it comes to schools’ responses to knife crime is the use of exclusions. This study did not set out to prove or disprove whether exclusions lead to knife crime – a task that is beyond the realm of the possible. There is evidence that points to a correlation between the 2, but of course this does not prove causation. It seems just as likely that exclusions and knife crime are 2 symptoms of the same underlying problems, exacerbated by cuts to local authority children’s services.

There is a harmful narrative developing that exclusions must cause children to join gangs or carry knives because, when they are excluded, they are put in very poor-quality alternative provision (AP) or pupil referral units (PRUs), and eventually fall out of the school system altogether. In fact, over 80% of state-funded registered AP and PRUs are rated good or outstanding by my inspectors and, of those pupils not on a state school roll at age 16, few get there directly via exclusion from a mainstream school. See ‘The link between exclusions, alternative provision and off-rolling’.

What’s much more concerning is off-rolling or managed moves to unregistered or illegal AP or to no education, employment or training at all. We do not know whether children in these settings are safe, let alone being educated.

That isn’t to say permanent exclusions are never beyond criticism. What we found through our research is that exclusion decisions in cases of children bringing a bladed object into school do not always sufficiently take into account the best interests of the child, which have to be balanced against the wider needs of the school community. By law, headteachers should take contributory factors into account, consider intervention to address the underlying causes, and consider providing extra support to groups of pupils with high rates of exclusion, before they take the decision to exclude.

Similarly, we found that schools’ decisions about whether or not to involve the police in an incident can be based on a variety of factors, not always relevant. It seems sensible to reflect on whether the child has any known connection to adults with a criminal history, but it is much less relevant to consider, as some schools told us they did, the child’s academic record. Headteachers clearly need more in the way of information and guidance.

Permanent exclusions have risen in the last few years, and there is a shortage of registered provision for excluded children. Schools and local authorities need to work together to improve education and other preventative work, to reduce the need for exclusions. Exclusions are a necessary and important sanction, but it is not acceptable, or legal, to exclude without due regard for the impact on and risks to the child being excluded.

Working together to keep children safe
Schools have 2 very basic roles: to educate children with the powerful knowledge they need to thrive in and be connected to society; and to keep them safe. Doing the first well can be the best possible preventative experience when it comes to the second. Feeling a failure at school can lead to behavioural problems that may ultimately escalate into criminality. We know that nearly half of those who end up in prison have literacy skills no better than an average 11-year-old, so it is vital that primary schools prioritise teaching children to read at an early age. Children who cannot read well cannot access further learning, cannot discover their own unique interests and talents, and eventually will struggle to pass exams and get good jobs.

However, our report focuses on activities specifically designed to achieve the second basic role – to keep children safe. Some school leaders feel that they are having to act alone to develop a response to rising rates of knife crime. We know that the best response is a multi-agency approach and good, timely information-sharing, but too often this is not happening.

Spending per head on early help and preventative services has fallen by over 60% in real terms between financial years 2009 to 2010 and 2016 to 2017. Some of the funding that is available is only short term. Schools simply do not have the ability to counter the deep-seated societal problems behind the rise in knife crime. Some schools are valiantly trying to fund school-based early help services or other services that were once provided for free. But we cannot allow responsibility for this to be landed on schools in the absence of properly-funded local services.

There are other ways in which schools and local agencies can help each other. Too often, concerns about data protection get in the way of vital information sharing. GDPR allows agencies to store and share information for safeguarding purposes, including that which is sensitive and personal. If schools have information about children, or adults, relevant to the safety of them or of the children around them, they need to pass that on, including at transition points such as primary to secondary school, or school to college. And they need to share it with local authorities and the police. The arrangement needs to be reciprocated.

Educating about knife crime and gangs
Many school and college leaders we spoke to were trying to educate children about the dangers of knife crime and the risks of grooming and exploitation by gangs. However some are concerned that if they do this they will be seen as a ‘problem school’, and subsequently avoided by parents. Others were rightly prepared to be open with pupils and parents about the issues and how to deal with them.

As well as educating children, schools and others can play a vital role in educating parents. The parents of both victims and perpetrators that we spoke to were unanimous in their call for policy makers and local leaders to talk more to parents about grooming, criminal exploitation and knife crime. These parents could sense that something was wrong with their children, but did not have the knowledge to link that to criminal exploitation and therefore do something about it. Instead, and tragically, they thought their children’s increasingly challenging behaviour was due to their own divorce or even, in one case, suspecting their child was being sexually abused.

Conclusion
I hope this report is a valuable input into the current discussions about how to tackle knife crime in London and other UK cities. This is too serious and complex an issue to reduce to binary debates about exclusions, or over-simplified views about the quality of AP or PRUs. Schools can and should play their part, and many are. But this has to be as part of a broader coalition, with the support of local partners and the police.

Get Hounslow Reading – “Excellent session, Charlotte has extensive knowledge and understanding and I am really looking forward to being involved in the project.”

Secondary Subject Networks – “I’ve really appreciated sharing practice, discussing challenges with colleagues and having a sense of being part of a wider team for small departments.”

SEND Training – “There was plenty of time for discussion which was valuable. Strategies to help support, and ideas to consider, if children have been impacted by Domestic Abuse allowed me to think about the issues more than before."

Deep Dive Subject Leader Training – “Thank you for the very detailed and thorough subject leader checklist. It is an extremely useful and much necessary exercise. It's been an eye opener. Thank you”

Develop your A Level Teaching – “Really interesting to hear what other schools are thinking of doing by way of a recovery curriculum when we return. I think the discussions around wellbeing were very pertinent.” 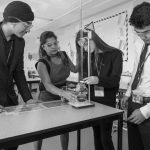 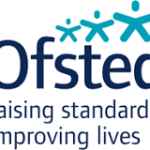