Ofsted’s decision to check schools are entering enough pupils for the EBacc suggests the inspectorate has a preferred “academic” curriculum and undermines school autonomy, say headteachers.

They also say the proposal is unfair as a shortage of modern foreign language teachers takes a school’s ability to hit the government’s target out of its hands. Ofsted plans to introduce a new “quality of education” judgment that will allow inspectors to focus more on curriculum.

The draft schools inspection handbook says that “schools taking radically different approaches to the curriculum will be judged fairly”. However, it later says “at the heart of an effective key stage 4 curriculum is a strong academic core: the EBacc”. Inspectors will also check “what schools are doing” to prepare to meet the government’s national target that 90 per cent of pupils sit the EBacc “core” GCSEs by 2025. Those preparations will be taken “into consideration” when evaluating a school’s curriculum.

Ian Widdows, the founder of the National Association of Secondary Moderns, said the plan was “disappointing”. “Ofsted has made great moves to shift us away from accountability measures and place an emphasis on schools making their own decisions. “But this looks like a step backwards from all that. This one-size-fits-all is very blinkered.”

It comes as a survey by Teacher Tapp found that a third of teachers think an inspection isn’t long enough to judge curriculum quality, and that only 4 per cent believe inspectors can judge a curriculum “well”. A study three years ago warned that 3,500 more languages teachers would be needed to meet the EBacc goal, yet the government has repeatedly failed to hit teacher trainee targets. Geoff Barton, the general secretary of the Association of School and College Leaders, said: “It is nonsensical to judge schools on factors that are clearly outside their control.” When judging quality of education, inspectors will assess the intent, implementation and impact of a school’s curriculum. They will check “curriculum leadership” shown by heads, including that the curriculum is “planned and sequenced” and equips pupils with “cultural knowledge”.

Inspectors will look at how the curriculum is implemented and consider pupils’ results, their work and their destinations, says the handbook. Two years ago the government scrapped its target for 90 per cent target of pupils to be studying the EBacc by 2020, shifting it to 2025. Last summer only 38 per cent of pupils sat the EBacc.

Get Hounslow Reading – “Excellent session, Charlotte has extensive knowledge and understanding and I am really looking forward to being involved in the project.”

Secondary Subject Networks – “I’ve really appreciated sharing practice, discussing challenges with colleagues and having a sense of being part of a wider team for small departments.”

SEND Training – “There was plenty of time for discussion which was valuable. Strategies to help support, and ideas to consider, if children have been impacted by Domestic Abuse allowed me to think about the issues more than before."

Deep Dive Subject Leader Training – “Thank you for the very detailed and thorough subject leader checklist. It is an extremely useful and much necessary exercise. It's been an eye opener. Thank you”

Develop your A Level Teaching – “Really interesting to hear what other schools are thinking of doing by way of a recovery curriculum when we return. I think the discussions around wellbeing were very pertinent.” 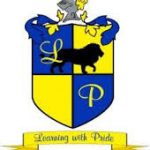 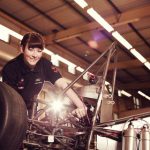